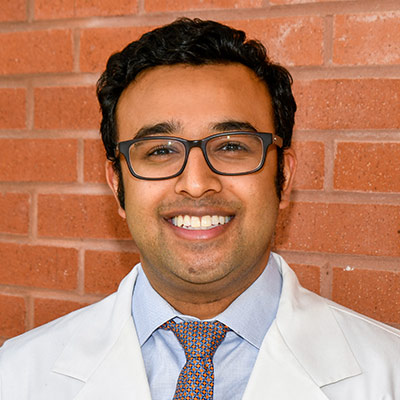 Dr. Lahoti graduated with honors from the University of Buffalo with a major in Biology. He received his medical degree from the Lake Erie College of Osteopathic Medicine. He then completed his residency in internal medicine at the University of Pittsburgh Medical Center where he was awarded the annual Junior Resident of the Year as well as Senior Resident of the Year. Dr. Lahoti was further honored as Chief Medical Resident after the completion of his residency, and in this role, he helped oversee the education and training of the program’s internal medicine residents. Dr. Lahoti then went on to complete his fellowship in Gastroenterology and Hepatology at Albany Medical Center, where he continued to further the education of residents and students through lectures and seminars on the treatment of gastrointestinal illnesses.

Dr. Lahoti treats all gastrointestinal conditions with a special interest in colorectal cancer screening and prevention, inflammatory bowel disease, gastroesophageal reflux disease and liver disease. He is a member of the American College of Gastroenterology.

Dr. Lahoti grew up outside Buffalo, New York, and has a passion for the guitar, cinema and travel.

At Burlington County Endoscopy Center, with our office located in Lumberton, NJ, the physicians are experienced in diagnosing and treating a variety of gastrointestinal issues. For expert care and to schedule an appointment, please call the Providers Office. The office is Gastroenterology Consultants of South Jersey, phone number to call is 609-265-1700